Who Will Regulate the Future?

Can government keep up with the accelerating rate of technologic change?  The answer is, usually not. In the US, at least, government moves slowly and is captive to multiple conflicting influences.  Legislators react after problems arise, and even then may not fully understand the underlying technology.

Instead, insurance companies may become the real regulators of new technology.

Consider autonomous vehicles.  Some states are passing legislation to allow self-driving cars, in part hoping to attract Google or Tesla or Uber dollars.  But insurance companies are taking a wait-and-see attitude.  They’re already planning how they’ll insure self-driving cars (who has the liability?), but they’re in no rush to do so–there are still too many unknowns.

As one insurance executive told me: “Politicians can make self-driving cars legal. The real question will be: can you insure one?”

Or take climate change. One immediate step, given increased extreme weather and sea-level rise, might be to limit construction on low-lying

coastal land in hurricane zones.  But government doesn’t want to tell voters, no, you can’t build a house there.  Insurance companies, on the other hand, are perfectly willing to say they won’t insure it.

And insurers aren’t just saying “no.” One company I work with, for example, has a laboratory that tests building materials in extreme weather conditions.  The goal: requiring resilient materials as a prerequisite for insurance coverage.

A very recent example is computer security.  Security experts will tell you that most corporate hacking cases are not the result of brilliant hackers.  They’re the result of careless security.   And bad cybersecurity is starting to impact the market value of companies.

In the early 20th century, insurance companies had real impact on increasing factory safety, because they required certain levels of safety before issuing workers’ compensation insurance.  A full century later, they may well do the same with cybersafety. 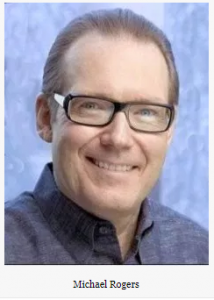 Michael Rogers is an author, journalist and futurist, who most recently served as futurist-in-residence for The New York Times. Michael consults with both start-ups and Fortune 500 companies. He is a frequent guest on television and radio and speaks to audiences worldwide. Please visit Michael Roger’s website here.

PrevThe Waiting Game: When is the Best Time to Begin Social Security Benefits?
Aging In America (Part 2)Next 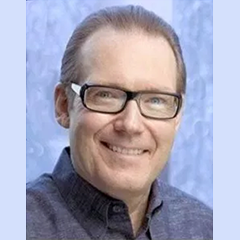 Michael Rogers
Michael studied physics and creative writing at Stanford University with additional training in finance and management at the Stanford Business School Executive Program. He has worked as a keynote speaker with companies ranging from FedEx, Boeing and GE to Microsoft, Pfizer and American Express, as well as both NASA and the Department of Defense. He addresses groups ranging from venture capitalists and corporate executives to educators, students and the general public and is also a regular guest on radio and television, including Good Morning America, the Today Show, PBS, CNN and the History Channel. A dynamic futurist speaker who delivers an entertaining and common-sense vision of change for business and individuals, Michael blends technology, economics, demographics, culture and human nature. Please visit Michael Roger’s website here.
More by this Author

Who Will Regulate the Future?

Can government keep up with the accelerating rate of technologic change?  The answer is, usually not. In the US, at