Projects That Research Aging Focus On The Same-old, Same-old

The more tech is commercialized, the more researchers ignore it.

It’s so interesting and fun to read about research that is going to help seniors, don’t you think? Reporters love to write it, readers love to read it. Someday, they say and readers agree, there will be tech that will finally help us age in our own homes. A recent AARP Bulletin offered up an article about living laboratory research into ‘possibilities’ for improving our capabilities for independent living/aka aging in place. We can feel good that work goes on at Orcatech, at Mayo Clinic, and MIT’s Age Lab. And many others have researched the same exact categories previously, as noted in 2008 in one of the very first blogs on my site. As always, the researchers interviewed offered no observations about whether there were commercial versions that were viable for consumers, and really, no acknowledgement of commercial vendors at all. Guess that’s not the point of research.

As always, a Robotic reality check is warranted.

Surprise, the new research proved that it was possible to improve communication with the video conferencing capability of the robot. Oh well, even though that sounds good, robots are not priced today at a point for general use for this purpose — the VGo robot shown has been described elsewhere as is in the neighborhood of $6000 – not such a good deal for simple communication use, since the family contact with Celia could be provided by a simple computer or Tablet using Skype for under $300.

Scientists at Orcatech learned that motion sensors can’t distinguish who triggers them — was it a spouse or a visitor? So they are developing software to detect changes in activity to better analyze the data. Really? QuietCare (now CareInnovations), WellAWARE, GrandCare and Healthsense all started businesses (that’s right, with funders, intending for the tech to be purchased, used, and generate revenue and profit!) over the past 6 years to do exactly the same thing. In fact, the software has already been written to “better analyze the data.” And sadly, I have spoken with researchers who HAD NO IDEA that that was the case – and did not think that not knowing was a problem.

There really must be nothing new left to research over at the MIT AgeLab — the Agnes age suit (how’s it feel to grow old?) and driverless cars for seniors — that’s so yesterday. So researchers tried out a tablet so that “the kids or grandkids can log on to see if Mom took her medications and leave messages.” And using NASA software, no less! But there are already numerous medication dispensing and reminder technologies on the market – no need to have a research project hook something new up on a tablet. To Mayo Clinic, a reminder that the VA (in 2008) has already done a study on the use of telehealth technologies that provided the benefit of collecting vital signs to improve outcomes and prevent re-hospitalization. Not to be left out, insurance companies, CMS, and other researchers are also trying to reprove the benefits of telehealth technologies for treating the oldest and poorest so that incentives (to see the doctor) are replaced with telehealth et al.

Something else to research — try these out.

So glad to hear about living laboratories — how about some more work on helping seniors monitor and improve balance and prevent falls, now that the iShoe is a goner. Let’s do more with making smart phones really smart — enabling adjustment of touch sensitivity as we age, maybe one-touch Skype launch (with the grandchildren already in a directory), a suite of inexpensive packaged health or leisure apps for seniors that run on multiple platforms, training programs invented that are clever and on television to help seniors with new technology. Come on Orchatech, Mayo Clinic and MIT (and Stanford — smartphone apps help older adults (age 45-77) exercise more) — let’s stop researching the same problems with fresh, new press releases about different graduate students year-in and year-out. Living laboratories are everywhere — what do seniors need and what can they use? 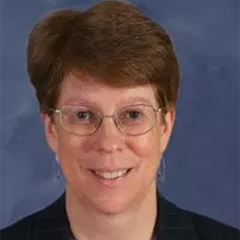 Laurie Orlov
Laurie M. Orlov, a tech industry veteran, writer, speaker and elder care advocate, is the founder of Aging in Place Technology Watch, a market research firm that provides thought leadership, analysis and guidance about technologies and related services that enable boomers and seniors to remain longer in their home of choice. In addition to her technology background and years as a technology industry analyst, Laurie served as a volunteer long-term care ombudsman and is certified in Geriatric Care Management from the University of Florida and the author of "When Your Parents Need Elder Care".
More by this Author

Projects That Research Aging Focus On The Same-old, Same-old

The more tech is commercialized, the more researchers ignore it. It’s so interesting and fun to read about research that