The Power of Perspective 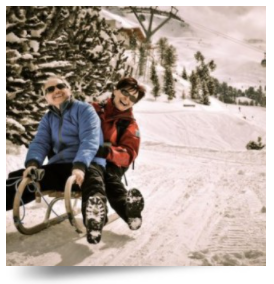 Ellen Langer challenges the idea that the limits we put on ourselves, as we age, are real. Opening our minds to what’s possible, instead of presuming impossible, can lead to better well-being, at any age. We need to realize that our perspective on aging is often based on old assumptions, about aging and that we can cast them aside for real possibilities.

The perspective that Langer brought to aging comes from her research which is featured in her book, Counterclockwise: Mindful Health and the Power of Possibility and her BBC television program, “The Young Ones.”

Langer, a Harvard psychologist, created a living time capsule where she placed her study participants in an environment designed to be exactly like it was in an earlier time in their lives, when they were at the peak of their careers. Everything from the conversations to the clothing, to art, to food, to music, came from that era. For one week, they lived the part as if it were reality.

The point? Langer’s study revealed the possibility of shifting our perspective from getting old to growing old. After one week, the participants seemed to “de-age”; letting go of their age-limited attitudes.

Jimi Hendrix said, “Knowledge speaks. Wisdom listens.” So, Langer listened and watched. And she refers to her insights as “priming” – what we are primed to believe limits our later-life capabilities. By the end of the one-week test, most of the participants (in their 70’s and 80’s) showed marked physical and cognitive improvement. Most awakened to the fact that they could accomplish tasks they thought were lost. They showed dramatic improvements in their hearing, memory, dexterity, appetites, and general well-being.

Langer writes, “In most of psychology, research describes ‘what is.’ Often, they do this with great acumen and creativity. But, knowing what is and knowing what can be, are not the same thing… small changes can make large differences. So, we should open ourselves to the impossible and embrace a psychology of possibility.”

This can also be referred to as “learned helplessness” which was defined by psychologists Martin Seligman and Steven Maier as occurring when a person hears that they cannot do something. The messages: “You’re too young to do that”, or “You’re too old to do that”, or “Act your age are eventually adopted as self-imposed limitations.

What is your perspective on aging? Are you getting older or growing older? You choose.

Richard Leider, founder of Inventure – The Purpose Company, is the author of ten books, including three best sellers, which have sold over one million copies. Repacking Your Bags and The Power of Purpose are considered classics in the personal growth field.  Richard’s PBS Special – The Power of Purpose – was viewed by millions of people across the U.S.  His newest book, Who Do You Want to Be When You Grow Old?: The Art of Aging on Purpose will be available in 2021. 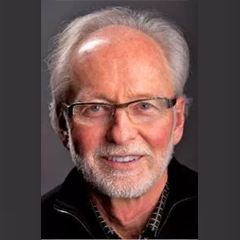 Richard Leider
Richard Leider, founder of Inventure – The Purpose Company, is one of America’s preeminent executive-life coaches. He is ranked by Forbes as one of the “Top 5” most respected executive coaches, and by the Conference Board as a “legend in coaching.” Richard has written ten books, including three best sellers, which have sold over one million copies and have been translated into 20 languages. Repacking Your Bags and The Power of Purpose are considered classics in the personal development field. Richard’s PBS Special – The Power of Purpose – was viewed by millions of people across the U.S. Visit Richard’s website here. To view and/or purchase Richard's books click here.
More by this Author

The Power of Perspective

Ellen Langer challenges the idea that the limits we put on ourselves, as we age, are real. Opening our minds