Is Diabetes linked to Alzheimer’s disease?

One recent research study in Japan followed over 1,000 adults who were over 60 years of age and were cognitively normal. The researchers identified those who had diabetes and followed them up to 15 years. They found that those who had diabetes in the beginning of the study later developed Alzheimer’s disease at twice the rate as those who did not have diabetes.

How is diabetes linked to Alzheimer’s disease?

How tightly should my diabetes be controlled?

If you already have diabetes, it is very important to discuss with your physician about glucose control on individual basis. Although there are guidelines for diabetes, each individual has different requirement for diabetes control. How tightly glucose should be controlled is controversial at this time. What we know is this – more aggressive therapy led to deaths. The conventional wisdom was that we should target much lower glucose levels, but the findings from the Action to Control Cardiovascular Risk in Diabetes (ACCORD) showed that participants who were in the tight control group (target glucose  around 126 mg/dl) had higher mortality (death rate) compared to those in standard control group (target glucose 154 to 180). The tight glucose control group in the study was discontinued after 3.5 years due to the higher mortality rate.

Close to 3000 participants in the ACCORD study were also enrolled in ACCORD MIND (Memory in Diabetes) sub-study. This sub-study showed that there was no difference in cognitive outcomes between those who were in the tight control group and standard control group at 40 month time period.

What can I do?

Although all of us have days when we would rather wish for a pill to cure our ailments than putting our sneakers on, as a geriatrician, I cannot emphasize enough the importance of exercise and prevention of diseases. I frequently see patients who suffer from side effects of being on too many medications which may range from dry mouth and constipation to sometimes serious falls that result in broken hips.

Gyms and other exercise facilities offer various activities to engage in being active. Even if you cannot participate in aerobic exercise, participating in gentle water exercises in a pool or even walking with your friends around your neighborhood will make a big difference in your overall physical and mental health. I hope you can encourage each other to remain active. 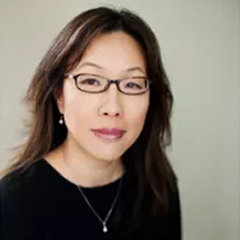 Esther Oh
An expert in the care and treatment of patients with Alzheimer's and related dementias, Dr. Oh has carried out pioneering work regarding the treatment of Alzheimer’s disease. She is the Associate Director of the Johns Hopkins Memory and Alzheimer’s Treatment Center and is Assistant Professor of Medicine in Geriatric Medicine and Gerontology with appointments in Departments of Psychiatry and Pathology at the Johns Hopkins Medical Center, Baltimore, Maryland. Her expertise includes evaluations of dementia and development of biomarkers for Alzheimer’s disease.
More by this Author