Building With Multiple Generations In Mind

The report MetLife Report on American Grandparents revealed that 1 in 10 households is headed by a grandparent with at least one grandchild living there. The study reports that part of the reason for this is high rates of unemployment among the children’s parents. Interestingly, in 1980 there were only 28 million Americans living in a household that included two adult generations or a grandparent and at least one other generation. By 2008 the number was 49 million Americans living inter-generationally.

In a recent New York Times story about this trend, Kermit Baker, a senior fellow at the Joint Center for Housing Studies at Harvard and the chief economist of the American Institute of Architects, said, “Immigrants are a source of growing demand (for intergenerational homes), and their household composition is different in fundamental ways from the domestic-born.”

In 2007, a developer was set to break ground on a condo community in Sunnyvale, Calif., when the market crashed. In early 2011, developer Taylor Morrison revisited those plans and won approval for a town home project specifically targeting multiple generations living under the same roof. This style of living appeals to the engineers coming to Silicon Valley from India and China with their extended families, according to the Times report.

There are signs, however, that this isn’t just a trend in the immigrant population. In a new book, Unassisted Living: Ageless Homes for Later Life, authors Jeffrey Rosenfeld, director of the Gerontology Program and Gerontology Center at Hofstra University, and Wid Chapman, the interior design program chair at Parsons School of Design, discovered that a number of Boomers are designing and building for their older years with multiple generations in mind. Whether creating a “compound” with multiple structures on the same property or a single home that embraces all generations, there is a clear desire to age at home, both supporting, and with the support of, adult children and grandchildren.

There is great interest in how Boomers are currently living and how and where they will choose to live in retirement. It will not be their parents’ retirement. It appears that Boomer idealism is being translated into realism that their children and grandchildren will not have the same quality of life, so they must be there to help fill the gaps. The National Association of Realtors’ new campaign on home ownership taps into this fear. It features a grandparent and grandchild talking about the American dream of home ownership.

Is there a return to the multi-generational household? I am eager to hear what you are seeing in your region of the country.

Learn more about The Grandparent Economy, “How Baby Boomers Are Bridging the Generation Gap”,  by reading Lori’s new book. Click on the book for purchase information. 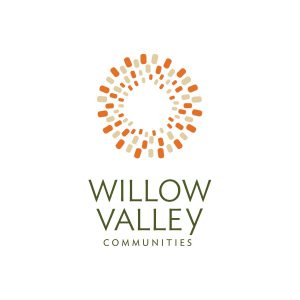 Building With Multiple Generations In Mind