I had the opportunity while taking some time off to visit our two grandchildren in Colorado to read one of the books that our youngest daughter, Jessica, gave me for Christmas.

The book is “Still Foolin’ ‘Em: Where I’ve Been, Where I’m Going, and Where the Hell Are My Keys” by Billy Crystal.

I found the book especially fascinating given BMA’s focus on assisted living, senior living and memory care. Billy provides a poignantly insightful and charmingly funny look at aging from the perspective of a Baby Boomer who recently turned 65.

One story, in particular, about 9/11 and Billy’s Uncle Berns brought back vivid memories. At the time, I was working for Classic Residence by Hyatt (now Vi). I first heard about a plane hitting one of the World Trade Center towers as I was riding the elevator up to my office on the 37th floor in our building on West Madison St. in downtown Chicago. A group of us sat in a corner office watching TV in dismay as events unfolded. As we watched, we heard that a plane was missing and possibly was heading for Chicago. The Sears Tower was in plain sight outside our window just two blocks away.

A colleague who worked in the office next to mine was out in New York. He was providing assistance at a retirement community that we had just opened in Yonkers. Billy’s Uncle Berns was living in an assisted living community located across the street from the World Trade Center. He had just moved in on Sept. 2. Because of the situation, Uncle Berns and the other residents of the assisted living community needed to be evacuated. Many were relocated to our newly opened community in Yonkers.

In the book, Billy provides fascinating insights into his career as a stand-up comedian, playing Jodie on the television series “Soap”, working on Saturday Night Live and on such movies as “When Harry Met Sally” and “City Slickers”, hosting the Oscars, and being the oldest person ever to play for the New York Yankees.

What I found to be even more fascinating were his insights into aging and his comments about ageism:

He wants Baby Boomers to wage war on ageism.

I could not agree more. Let’s Lower the Boomers on Ageism.

This article by Rick Banas was originally published at the BMA Management Blog on January 8, 2015.

PrevBest of Both Worlds: Isamu Noguchi
Building With Multiple Generations In MindNext 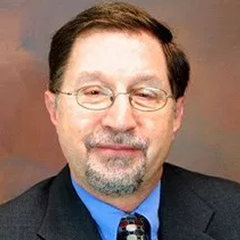 Rick Banas
Rick serves as Vice President of Development and Positioning for BMA Management, Ltd. The company, which is based in Bradley, Illinois, ranks as the 16th largest provider of assisted living in the United States and as the largest provider of affordable assisted living. He has nearly 40 years of experience in senior living and health care. He has worked with retirement, assisted living and memory care communities, hospitals and health care systems from Maine to California.
More by this Author