Best of Both Worlds: Isamu Noguchi

Isamu Noguchi, Archaic/Modern is now open, a celebration of the renowned sculptor who often found inspiration in ancient art and architecture, including Egyptian pyramids and Buddhist temples, Zen gardens and American Indian burial mounds. The nearly seventy-five objects in the show span the artist’s six-decade career and show his love of material, whether it’s natural or man made, stone or even light, as evidenced in his ethereal Akari light sculptures.

Noguchi saw himself as an inventor as well as an artist. His Radio Nurse, both Cycladic and contemporary in appearance, is considered to be the first baby monitor. A man of this world and possibly a world beyond this one, he was not only interested in landscape and social spaces, but the atomic age and outer space as well. His Model for Sculpture to Be Seen from Mars (1946) was made in sand and no longer exists, but a wall mural in the exhibition captures the image of one world reaching out to another.

If you can’t make it to the show, take a look at our online gallery. Isamu Noguchi, Archaic/Modern remains on view through March 19, 2017. 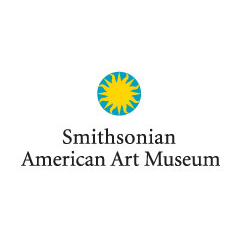 Smithsonian Art Museum
The Smithsonian American Art Museum, the nation's first collection of American art, is an unparalleled record of the American experience. The collection captures the aspirations, character, and imagination of the American people throughout three centuries. The museum is the home to one of the largest and most inclusive collections of American art in the world. Its artworks reveal key aspects of America's rich artistic and cultural history from the colonial period to today.
More by this Author

Best of Both Worlds: Isamu Noguchi

Isamu Noguchi, Archaic/Modern is now open, a celebration of the renowned sculptor who often found inspiration in ancient art and architecture,