What inspired you to write about aging and the research surrounding it?

I started thinking about the subject as I entered my 40s and realized that things were changing, albeit subtly. Also, at the same time, I’d had two beautiful dogs, lab mixes, brother and sister, and I’d watched them go from exuberant puppies to strong, athletic adults to becoming, essentially, canine senior citizens—all in the space of about ten years. I saw the whole aging process play out in them, and I realized that I’d be going through the same changes, only much more slowly. So I started looking into the science of aging, and found that it’s recently become a very hot area of research, with major discoveries taking place over the last decade or so.

What did you find most surprising as you researched scientific information for your book?

The most surprising thing I found is that we’re finding that it’s actually possible to intervene in the aging process itself. Aging is not a “program” that is set in stone; it’s actually a lot more malleable than was previously thought. In nematode worms, for example, which scientists like to study because they “age” and die in about three weeks, simply deleting one particular gene lets the animals live twice as long as normal. That’s incredible! Since that discovery in 1993, we’ve found that several other interventions, including about a dozen drugs, are capable of extending lifespan in various lab animals. Some of them are actually headed for human trials in the near future, so if they pan out, it could be that everyone over age 50 will someday be taking a pill or pills that will slow down the aging process to some extent. It’s not about being eternally youthful or living forever or some other myth like that, but a much more concrete benefit: If these drugs pan out, people will develop age-related diseases later in life than they do now, meaning they will enjoy more years of healthy life. A longer “healthspan,” in other words. That’s the goal.

Has your life changed since writing this book? Any habits you’ve discontinued? Is there anything you’ve changed or have started doing as a result of writing Spring Chicken?

I’m probably the only writer who ever became more healthy in the course of writing a book. At a certain point I realized that it wasn’t productive to be staring at the computer screen for 12 hours a day, so I started giving myself permission to take exercise breaks. I’d go out and ride my bike for an hour or so, and I’d come back full of new ideas and inspiration. And as a bonus, I lost weight and got fit! At the same time, my research was showing that exercise, itself, is a powerful anti-aging drug—it actually has been shown to reverse aging at the deep cellular level. It’s incredible. It’s the best drug ever invented. I also try to eat fewer French fries, but that’s been more of a struggle.

You mention your 100 year old grandmother as the person you most admire. Can you tell us why she is so special?

My grandmother will turn 100 later this year, and she’s a wonderful woman. She grew up on a farm in Ohio and never really worked outside the home, but she was blessed with an amazing verbal gift. She wrote poetry and was incredibly quick-witted and funny. Plus she played a mean game of Scrabble. If there’s such a thing as a writer gene, I must have gotten it from her. But in terms of aging, she’s also incredible. Aging scientists say that to be a healthy 80-year-old, you need to live a healthy lifestyle, but to become a healthy 100-year-old, you have to inherit the right genes. (Not “writer genes.”) In other words, our human genome is not designed to let us age healthily or gracefully; we have evolved to reproduce, and be parents. After the age of reproduction, about 45 or so, there’s a lot of junky genes in there that cause us to get heart disease, cancer, diabetes, and dementia. Scientists think that people like my grandmother—who has never had any kind of chronic illness in her life—actually have genes that protect them against these diseases of aging. Even diabetes: This is a woman who ate a donut or a danish every single morning of her life! And her blood sugar was always perfect.

If you had to narrow your advice to your 3 top health/lifestyle tips, what would they be?

You mean besides picking the right parents? Yes, there are lots of things I’d recommend, but here are three:

1) Move more. I’ll say it again: Exercise is a drug. Maybe the best anti-aging drug we’ve got. That’s why regular runners live seven years longer than sedentary people. And those seven years are likely to be better years, too: fit people maintain a higher functionality, higher quality of life for longer. So it’s not just about looking better in a bathing suit, although that’s nice too. So, basically, whatever your activity level at the moment, add to it. If you do nothing, then start walking 20 or 30 minutes a day. If you already walk, try a little running or maybe weight bearing exercise. Walk up stairs. And don’t make exercise a chore, or something you only do at the gym: Make it part of your daily life. Most car trips are less than a mile. If you have errands to run that are close by, consider walking or riding your bike. Find a group of friends to run or walk or bike with.

2) Eat Less. More to the point: Eat less carbohydrate-rich foods. That means cutting down on added sugar, sweet drinks, and the like, but also try to reduce your total carb consumption. Studies show that eating carbohydrates makes you want to keep eating (think French fries). Other things, like protein and fats, tend to be more satisfying. But also, high carb consumption can lead to insulin resistance, which then puts you at risk for diabetes—and nothing accelerates the aging process as much as diabetes or prediabetes. A recent study found that diabetes and its complications is actually the third leading cause of death in the US, right behind cancer and heart disease. So I try to cut down on “white foods,” things like bread, potatoes, rice, and pasta.

3) Lead a Balanced Life. I mean this in two ways: One, obviously, make sure your diet and exercise levels are matched (to lower your diabetes risk, among other reasons), and manage your stress as much as possible. I find that yoga helps with that. But I also mean the literal, physical sense of balance—which yoga also helps to maintain and improve. Scientists say that balance is one of the first things to go, as we age. And that has lots of consequences down the road: We’re more likely to fall and injure ourselves, and poor balance also makes us less efficient as we move. Ultimately it can lead to that kind of shuffling walk that we see in a lot of older people. The good news is that the sense of balance can be trained, through yoga and simple exercises (try standing on one foot for 30 seconds). If we’re more balanced, we move more gracefully, with more confidence, and we look and feel younger. 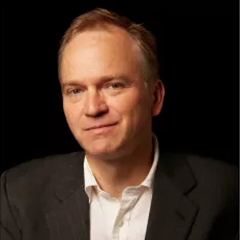 Bill Gifford
Bill Gifford is a veteran magazine journalist who has written about science, health, and sports for such publications as Wired, Scientific American, Outside, and Men’s Health. His book Spring Chicken: Stay Young Forever (Or Die Trying) was a New York Times bestseller, and he has appeared on The Dr. Oz Show and NPR’s “Fresh Air.” He lives, works, and rides his bicycle in Central Pennsylvania.”
More by this Author

What inspired you to write about aging and the research surrounding it?  I started thinking about the subject as I