Dr. Winningham’s post features excerpts of Chapter 9, “Sleep and Memory” from his book,”Train Your Brain: How to Maximize Memory and Ability in Older Adulthood” Baywood Publishing Company, Inc.

Sleep is the interest we have to pay on the capital which is called in at death; and the higher the rate of interest and the more regularly it is paid, the further the date of redemption is postponed.  Quote by Arthur Schopenhauer (1788-1860)

Many older adults suffer from insomnia and other sleep problems.

Sleep disorders can negatively affect memory ability and lead to other health problems. This chapter will look at the prevalence of sleep problems among older adults and how sleep patterns change as we age. I will discuss different types of insomnia, as well as sleep apnea. Then I will present information about the effects of poor sleep on memory and other cognitive abilities. Generally speaking, insomnia appears to lead to memory impairment, especially when it comes to learning new things, paying attention, and ignoring distracters. Recently, researchers have asserted that insomnia is yet another risk factor for developing memory problems. Moreover, sleep problems may be a risk factor for memory problems that can be dealt with through simple behavioral changes. As we have seen in other chapters in this book, if we can remove or reduce risk factors for memory impairment and dementia, then we should be able to delay or even prevent cognitive deterioration. Identifying and treating sleep problems is another important intervention tool in preventing dementia.

There are well-established recommendations for those who are suffering from insomnia. After we discuss sleep and the effects of insomnia on memory, I will present and explain 15 recommendations to improve sleep quality without the aid of pharmaceuticals. These invaluable strategies can be used by anyone and can dramatically improve people’s sleep and quality of life. Finally, I will review the latest information on pharmaceuticals designed for people with sleep problems as the invention of several new sleep aids, many with reduced side effects, increases the options for people suffering from insomnia.

Sleep disturbance is one of the most common health problems among older adults. Older adults spend more time in bed than younger adults, but older adults actually get less sleep. Insomnia only affects about 9% of people between the ages of 20 and 30, but 35-50% of people over the age of 65 report having sleep problems (Haimov, 2006).  Nearly half of people over the age of 65 complain about chronic sleep problems (Campbell, Murphy, & Stauble, 2005). Sleep disturbances can affect almost every aspect of one’s life, including quality of life and mortality rates (see Table 1 for a list of negative consequences associated with insomnia or poor sleep).

Clearly insomnia and sleep disturbance can have a dramatic and negative effect on an older adult’s life. But sleep problems may also be contributing to memory and cognitive problems for people of all ages, especially older adults. Many studies have documented the negative effects of poor sleep on cognitive ability in younger adults. For example, we know that young insomniacs are more likely to have attention difficulties, decreased daytime functioning, greater difficulty with concentration and memory tasks, and diminished ability to cope with problems (e.g., see Golan, Shahar, Ravid, & Pillar, 2004). Even though there have been fewer studies on the effects of insomnia on older adults, as compared to younger adults, a number of studies are converging upon consistent findings: primarily that insomnia leads to difficulty with attention and memory encoding.

Hamov (2006) found that older adults with insomnia take more time to make new memories. Yoo, Hu, Gujar, Jolesz, and Walker (2007) found that if people miss just one night of sleep, their ability and likelihood of recognizing things they had seen since the sleepless night decreased from 86% to 74%. One might therefore infer that insomniacs who didn’t sleep much the night before would have approximately a 12% reduction in their ability to make new memories.

Turner et al. (2007) had 40 younger participants sleep only 26 minutes per night over a four-day period. Participants’ cognitive abilities were tested before, during, and after the sleep deprivation period. On the final test, the average working memory span of the sleep-deprived group had dropped by 38% relative to the control group. Working memory capacity is very important in making new memories (see Chapter 2 for an extensive review of the importance of working memory for encoding new memories). Moreover, working memory capacity decreases throughout adulthood and especially in later adulthood. Therefore, it is important that older adults who are experiencing declining memory ability get good sleep and are well rested.

Attention and memory are very closely related. If one is having difficulty paying attention, then they won’t be able to hold as much information in their working memory, which in turn would decrease memory and comprehension abilities. Sustained attention is probably the cognitive process that researchers have most often observed to be impaired by sleep deprivation (Hamov, 2006).  This is also concerning for older adults’ because much of the age associated declines in cognitive ability are driven by impairments in attention. This finding further bolsters the idea that older adults, especially those who are concerned about declining memory ability, learn proper sleep hygiene (i.e., behaviors that are recommended to increase sleep time and sleep quality), which will be discussed later in this chapter.

Another potential negative effect from insomnia is that people who are sleep deprived may be less able and motivated to engage in cognitively stimulating activities. As was discussed in Chapter 4, cognitively stimulating activities can act as a powerful protective buffer against cognitive decline. Moreover, this relationship could explain some of the connection between insomnia and reduced cognitive ability. However, I suspect that the majority of the relationship between insomnia and memory ability is related to attention and concentration.

The information is this article is not a substitute for professional medical advice, examination, diagnosis, or treatment. Always seek the advice of a physician or other qualified healthcare provider with any questions you may have regarding a medical condition. Never disregard professional medical advice or delay seeking it because of something you read in this article. 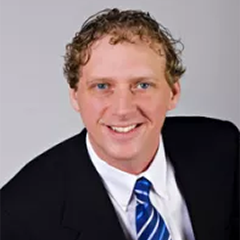 Robert Winningham
Dr. Rob Winningham has 18 years of experience researching applied memory issues and for the past 13 years has conducted research on older adults’ and brain injured patients. He is a full Professor and Chair of both the Psychology Division at Western Oregon University (WOU). He is also served as the Co-Director at the Geriatric Wellness Center in Salem since 2004, where he has developed programs to improve older adults’ cognitive and physical well-being. He has trained over 4000 instructors in North America to offer similar programs. Dr. Winningham received his Ph.D. in Neuroscience from Baylor University. His book Train Your Brain: How to Maximize Memory Ability in Older Adulthood was published by Baywood Publishing in 2010.
More by this Author

Dr. Winningham’s post features excerpts of Chapter 9, “Sleep and Memory” from his book,”Train Your Brain: How to Maximize Memory and Ability in Older Adulthood” Baywood