A few years ago, I competed in a US Senior Games competition in Birmingham, AL. I’m a competitive swimmer and after my events were over, I walked around to check out what else was going on. I saw an older man wearing four medals, three gold and one silver. I just had to stop him to learn more. It seems that he won them all in the 100 – 104 age group. That’s what I said, the 100 – 104 age group! I got over my surprise and asked him what his events were. I was shocked again when he told me he competed in the hammer throw, the javelin, the shot put, and the discus.

Later, I continued to think about my fellow “geezer jock.” Here he was, 103-years-old and still physically active at a level that few enjoy at that age. He was alert and engaged in the events around him. It gave me something to aspire to. Centenarians are the fastest growing demographic in the United States. That makes it likely that you and I might see our 100th birthday.

It also means that there are many people who will be living their golden years in a much different way than their parents did. They will be living longer and hopefully more active lives. They will have more time and most likely they will need more money.

This might appear to be stating the obvious, but it needs to be said. As a financial advisor for over 40 years, I was confident that I succeeded in helping my clients amass the retirement money they would need. When it came time to consider pulling the trigger and retiring, many procrastinated. Some really liked what they were doing and didn’t want to stop. But some of those procrastinators were quite open about not being happy in their jobs. I was perplexed. Why were they still working?

It turns out they had a plan to save their retirement money, but they didn’t have a plan for how they would spend it. Often, they said they were too busy to think about it now but would have plenty of time to think about it after they retire. If you’re going to live to be 100, you need good health, fitness, a plan to stay mentally engaged, and of course, money! Waiting until retirement to make these plans might be too late. Just as it takes time to build your wealth, it takes time to build good health and fitness.

I realized I needed to help them decide how to plan their lives in retirement. They needed to understand the importance of planning their time, staying socially engaged, how to maintain or improve good health and fitness, and how to marshal their finances. In other words, they needed to focus on what they wanted out of life in order to create a good plan.

Furthermore, clients need their plan to be flexible. What they want to do now can be entirely different from what they want to do as time goes on. For example, every time I return from a trip and cross it off my bucket list, I realize that I also want to add one or two more things to the list. If I planned things without the flexibility to allow for additional items, I might not have the funds to do them.

The factor of time might not be as obvious as financial factors, but it is just as important. For example, let’s suppose a couple falls into a childcare arrangement for their grandchildren. It might start out as a favor from time-to-time and evolve into a regular deal. Suddenly the couple is tied to the childcare schedule and must plan their lives around it. If people don’t have a plan for their time, others do. Creating a plan and communicating it goes a long way toward happy grandparents.

People also need a good financial plan to not only combat inflation, but to enjoy the lifestyle they want. If they haven’t planned that lifestyle, they could end up being constrained by whatever they have in their account with no opportunity to expand their lifestyle horizons.

It is important to balance the scales of time and money. How much time will be spent making money, and how much money will be necessary to enjoy leisure time. Some will discover that quitting their job isn’t what they should do. They can meet their living expenses but need to keep working to earn their “play money.” It doesn’t necessarily have to be full-time work, but at the very least it should be something they love doing. Work can be the wild card that makes the impossible, possible.

So what will happen if you live to be 100? Will you celebrate your 100th birthday in a wheelchair in the hallway of a nursing home, or will you be celebrating your athletic victories out with family and friends?

I invite you to discusses these retirement issues and more on my bi-weekly podcast, Changing the Rules. Find it on your favorite podcast site or go to Changing The Rules. 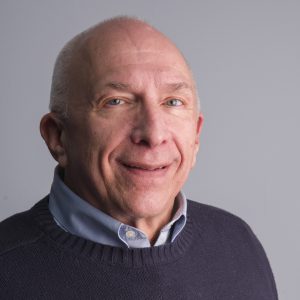 Raymond D. Loewe
Ray Loewe is the self-proclaimed “Luckiest Guy in the World.” He is 76 years old and living the life he designed for himself. He is doing work that he loves, making time to stay healthy, and also to travel and pursue his passion for photography. A financial planner for more than forty years, Ray worked closely with his clients to help them successfully navigate the life phases of college and retirement. In fact, he became a nationally recognized expert in college planning. Once the college problem was resolved for a family, he moved on to helping them plan for retirement. What resulted is The New Retirement Paradigm™. Not satisfied with helping himself and his clients, Ray developed an online course that takes an individual through the process to also become The Luckiest Guy/Gal in the World. His work keeps him engaged and supports his active recreational life. He recently sold his financial planning practice to have more time to pursue this new venture and to enjoy being The Luckiest Guy in the World.
More by this Author

A few years ago, I competed in a US Senior Games competition in Birmingham, AL. I’m a competitive swimmer and