Worried About Running Out of Money in Retirement? What the Numbers Tell Us

The yield on 10-year Treasury notes has dropped back below 2% and, at the same time, the S&P 500 Index recorded a 15-year average return of 9% (for the period ending September 30, 2019). Many economists are predicting that we may be facing a time of increasing inflation.

This scenario is leading many baby boomers to wonder how much they will be able to withdraw from their retirement portfolios. Financial planner William Bengen tried to answer this same question 25 years ago. His study1 on returns for stocks and bonds going back to 1926 attempted to determine what rate of withdrawal could be sustained through 30 years of retirement. He published his study in 1994, concluding that a first-year withdrawal of 4% that was adjusted each subsequent year by the rate of inflation was sustainable.

The study became widely known as “The 4% Rule.” Bengen followed up his research by adding additional asset classes and concluded in a later study2 that the actual sustainable-withdrawal rate was 4.5%. Subsequently, professors at Trinity University picked up on the research and examined various combinations of stocks and bonds with different withdrawal rates. Many retirement planners use Trinity Study research3 as the basis of their asset-allocation recommendations. Recently, the Trinity Study was expanded and published in a blog4 using data from 1871 to 2018 and examining periods that spanned as long as 50 years.

The worst-case scenario for a 30-year retirement period would have been the person who retired at the beginning of 1969, since the 1970s began with a devastating bear market that didn’t end until 1982. Starting with a 4.5% distribution in the first year, the retiree’s withdrawals would have reached a peak of 12.5% of principal before the bull market took off in the 1980s. Mr. Bengen concluded: “The damage done in the first 12 years, primarily from high inflation, was irreversible.” Using the 4.5% initial-withdrawal rate, the 1969 to 2000 portfolio was the only one of the 57 periods of 30 years to exhaust itself.

Is this period comparable to the last two decades? A retiree who began his or her withdrawals at the beginning of 2000 faced an equally devastating bear market in the first three years, followed by an unprecedented second bear market in the 2008–2009 financial crisis. However, inflation was relatively tame during those 19 years, so the highest withdrawal rate only reached 5.9%—less than half of the peak for the 1969 retiree5. It would appear that a 2000 retiree still has a good chance of sustaining another 11 years of withdrawals from his or her portfolio.

The challenge for the 2000 retiree was not the beginning years, but what the next 11 years of retirement may bring in terms of inflation and investment results. If stock market returns remain at their current 15-year average of 9% per year6 and inflation also remains in check, the sustainability of the 4.5% withdrawal rate will hold. However, that is a question no one can answer.

We can learn some valuable lessons from the 1969 retiree scenario. Allowing the annual withdrawal rate to reach 12.5% caused too much principal to disappear before the great bull market of the 1980s got underway. Our counsel to retirees is to never let annual withdrawals exceed 6% of their principal. Small reductions in spending can go a long way toward assuring that your principal stays intact for the long run. This concept was studied using a rules-based spending approach published in 20067. The study found that withdrawal rates of 5.2% to 5.6% are sustainable in a portfolio containing 65% equities with 99% confidence—provided rules are implemented to adjust withdrawals when needed. This approach is referred to as a guardrail strategy.

Another approach is to begin with a smaller initial withdrawal. We prefer keeping it to 4% at the beginning of retirement. A smaller initial withdrawal gives you greater flexibility and room for a market decline without the need to reduce spending to stay below the 6% maximum. Dimensional Funds’ research shows that the worst one-year period for a 60% equities/40% bond portfolio was the period from March 2008 to February 2009, which resulted in a loss of 32.8%8. A retiree who began distributions at the beginning of this period would have a distribution rate of 5.9% at the beginning of the second year. No reductions would have been needed.

No one knows what the future holds for the stock market. Many argue that today, the S&P 500 Index is fully valued by historical standards. The earnings on the companies in the S&P 500 have nearly doubled over the past 10 years. The dividend yield for the index is above the yield on the 10-year Treasury9. We may only be halfway through a bull market like we had from 1982 to 1999. However, many investors may still be reluctant to take a big position in equities after the two bear markets they went through in the prior decade.

In summary, the 4% rule appears to be working for now. The key to success in retirement is to remain vigilant of withdrawal rates in down markets and practice more disciplined spending when needed. Put off big expenditures until the money has already been earned during a good market. Stick to your investment strategy and don’t let investment fads lead you astray. You can read Rick’s original article here.

Read more from Rick Rodgers by clicking here to purchase his book.

An Indispensable Guide to Tax-Efficient Retirement Planning and Financial Freedom, by Rick Rodgers

Using easy-to-understand language and real life examples, Rick teaches you how to avoid savings pitfalls and costly tax mistakes – many you may not even know about – so you can enjoy the retirement lifestyle you want. 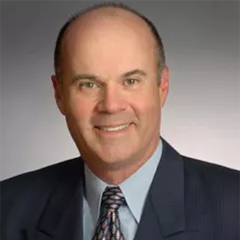 Rick Rodgers
Rick’s expertise in the investment and financial advisory profession began with one of the big Wall Street firms in 1984. Twelve years later, he founded Rodgers & Associates as a way to concentrate on financial planning. Rick has been a guest on CNN and Fox News and is a regular guest on television shows and regional and national radio news programs, noted for his expert commentary on retirement planning and tax strategy. His articles have appeared in Wealth Manager, CPA Magazine and Medical Economics, and he has been quoted in the New York Times, Investment News, and Smart Money, among others. As a professional speaker Rick has stood before diverse audiences. Rick is also author of the book, The New Three-Legged Stool: A Tax Efficient Approach to Retirement Planning. Visit Rick’s website here.
More by this Author

Worried About Running Out of Money in Retirement? What the Numbers Tell Us

The yield on 10-year Treasury notes has dropped back below 2% and, at the same time, the S&P 500 Index